Everyone has an opinion as to whether the ASP are selling out by staging events for crowds rather than for surfers. I mean, an elite event in New York? New York?!

Kelly has a pretty good outlook on the whole thing and, to be honest, I reckon he’d say the same thing whether or not his sponsor was hosting the event. Not sure if he’d turn up to surf it after a few weeks spent sampling the finest Tahitian juice but, hey, who will ever know. After smashing the US Open of Surfing with a combination of airs that made guys 20 years younger look like groms I’d say he’ll be frothing at the chance to surf a novelty event in one of the world’s oldest megacities. It’s unique, cool and I’m pretty sure he’d hate to see someone else win it. 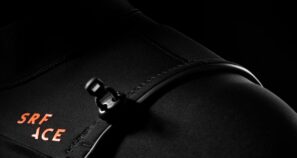