Question: What do you get when you put seven of the most progressive Brazilian surfers on a boat and send them off to the Mentawaii Islands?

Answer: This. Sit back and get inspired (and / or envious).

Deslumbre is a full length surf film directed by Pablo Aguiar who brought us last year’s Delirium: a Trip of Madness. 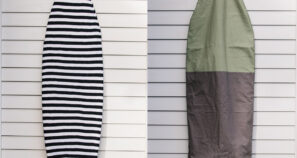